An Introduction to Bond Ladders 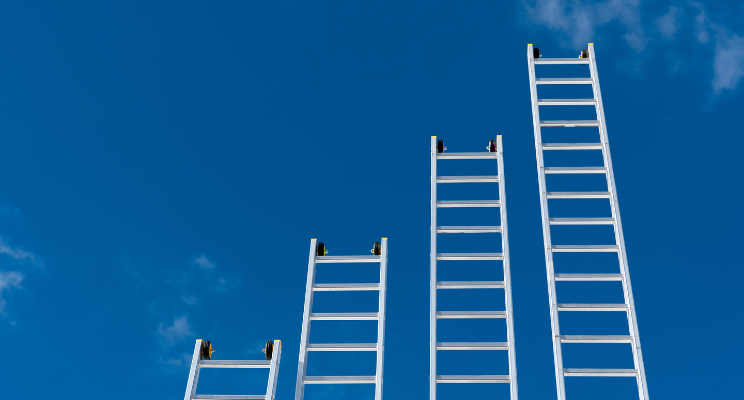 Bonds play an important role in a diverse investment portfolio. As fixed-income securities, they can provide a stable return until they mature.

As with any investment, bonds are subject to a certain amount of risk. Interest rate risk, for one, is the possibility that interest rates will rise after an investor buys bonds, causing them to miss out on potentially higher yields. To mitigate this risk, investors may opt to buy bonds with staggered maturity dates using a strategy called “bond laddering.”

A bond is essentially a loan to a corporation or a government agency. Investors can purchase corporate or government debt, which entitles them to interest payments and the return of their initial investment, or principal, at maturity as defined by the bond’s purchase agreement.

A bond’s interest rate is often called its “coupon rate.” The coupon rate of fixed-rate bonds is largely influenced by the interest rates set by the Federal Reserve. But the bond’s length of maturity also makes a difference: In general, bonds that mature over a longer period of time pay a higher coupon rate to compensate investors for the greater level of interest rate risk they’re taking on.

How Do Bond Ladders Work?

A bond ladder strategy can help smooth out the effects of interest rate risk while allowing investors to take advantage of higher coupon rates offered by longer-term bonds.

For example, an investor may set up a bond ladder by investing an equal amount of money into bonds that mature in two, four, six, eight, and 10 years.

The investor holds each set of bonds until maturity. After two years, the first bonds mature and the investor receives their principal back, in addition to the interest they’ve accrued along the way. At this point, they have two choices: They can cash out, or they can continue the bond ladder by reinvesting the principal in new bonds that mature in 10 years—adding a rung to their existing ladder. After two more years, when the next set of bonds matures, the investor adds another 10-year bond to the ladder. Continuing in this way, they’ll eventually have a continuous ladder of five 10-year bonds staggered to mature at two-year intervals.

Because the individual bonds in a bond ladder are eventually all 10-year bonds, the investor takes advantage of the higher coupon rates of long-term bonds.

What Kind of Bonds are Best in a Bond Ladder?

Bonds are rated by the creditworthiness of the issuer, or a measurement of how likely they are to repay the bond on schedule. The highest-rated bonds, such as those issued by the U.S. Treasury, are rated “AAA.” Generally speaking, it’s best to invest in bonds rated “A” or higher. Study bond ratings carefully before adding the security to your ladder. Be especially wary of high-yield bonds, which typically offer a higher rate of return, but are also at higher risk of default.

Callable bonds are another risky prospect when attempting to create a bond ladder. Callable bonds can be “called” back by the borrower at any time before the maturity date if they find it advantageous to do so. Investors may want to avoid these bonds so rung from their ladder isn’t removed unexpectedly.

By creating a bond ladder and paying attention to the kinds of bonds they include in them, investors may be able to achieve a steadier investment stream over time from their bond letter.